Distance from Beirut: 30km Altitude: 1250 The name of the town is attributed to Darius, a Persian prince of king who used to go hunting in the area. He would pitch his tent by a spring (ain), which led to the village site named Ain Darrius (later modified to Ain Dara). Some trace the word Dara back to the Aramaic Language, in which it means “dwellings.” Aramaic rock inscriptions have been found in the Taryoush area, in addition to the remains of an ancient temple, some pillars, a basin and other antiquities. Still standing in Ain Dara are the ruins of two watchtowers that were used during the famous battle of Ain Dara between the Kaisseyeen and the Yamaneyeen. There are also some very old buildings, such as the Maronite Church of Mar Gerges (St. Georges) and the Orthodox Church of Mar Gerges. Ain Dara is noted as well for its abundance of springs 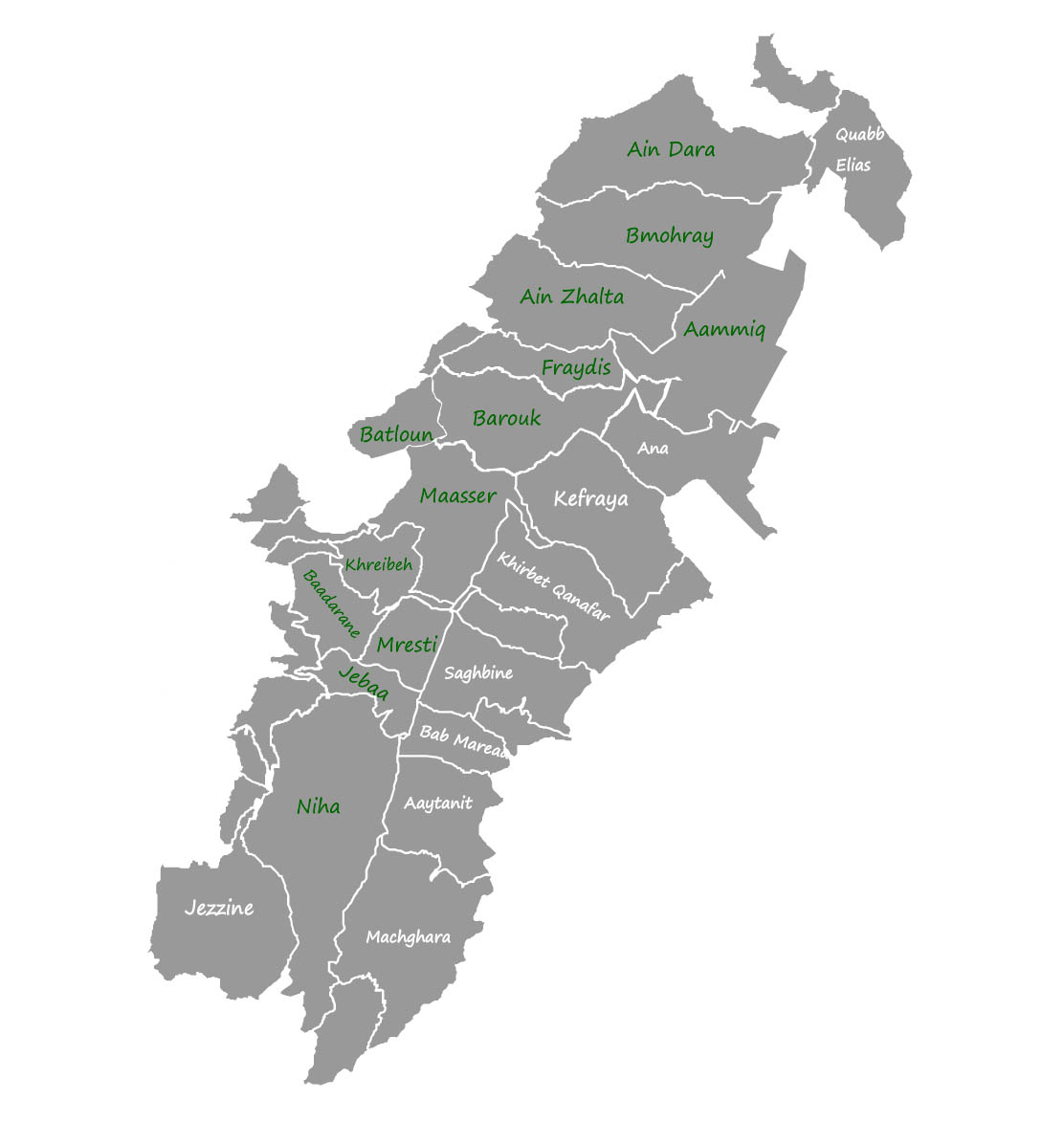